When treating erectile dysfunction the first course of action is a physical rule-out. It is important to meet with a doctor to determine that the erectile dysfunction is not flagging a physical or hormonal imbalance. Usually, patients have checked this box before they call a therapist. It is difficult to see a therapist when everything in life works but your sex life.

Sex addiction can be confusing. On one hand sex is fun, feels good, and is a natural part of being human and on the other hand when sexual behavior turns addictive, the fun stops cold and gels quickly to shame and pain. Even more confusing and contradictory, sex addiction is not ultimately about sex. Sexual acting out is almost always about self-regulation, attachment trauma, chasing a high, wanting validation, and relief from internal or external pain. When a client or couple comes to my office post-discovery I often hear the addict say, “I just have a high sex drive.” Usually, a partner, spouse, or girlfriend has done some snooping on a cell phone, an email account, and/or bank statements and found evidence of sexual betrayal; compounded research has perhaps led the couple to suspect sex addiction. For the addict, admitting to sex addiction is a step towards authenticity and recovery. For the betrayed partner naming the infidelity as sex addiction provides a container to help hold the pain and trauma that has just side swiped the coupleship. Here are some signs of active sex addiction:

-Lying to self and others — rationalizations

-Increasing fears about getting caught

Whether it is sexual addiction, sexual compulsion, or sexual acting out the treatment model is the same.  Boundaries must be placed around destructive behaviors and trust restored with self and others. Sex addiction is an intimacy disorder involving a divided well-defended self. Process addiction like sex and food are usually older developmentally than substance addictions and therefore more pernicious. Abstinence does not work; the goal is healthy sex not stopping all together. Sex addiction tends to germinate long before we are sexually active and grows like a vine around a tree as the structure of self forms.

Healing begins with accountability and asking for help. The wounding is relational and therefore the healing must be relational as well. My office is a shame free zone which allows us to explore the painful experiences of the past that have become sexualized.  Sex addiction is not just about the lust hit, it also involves the dopamine reward system of the brain which means we have to look at the complete picture of self. My approach is confidential, discrete, and compassionate. There is a way out. Life can be sweet when you don’t have to manage secrets and cover your tracks.

Women that seek vaginismus treatment are often shamed and confused by their bodies’ refusal to act as happy vessels for penetration.  It has been said that having sex is just like riding a bike, ironically we have to learn how to ride a bike and when it comes to sex women suffering with vaginismus are just supposed to know what to do regardless of past traumas, upbringing, societal rules and roles.

Vaginismus is an unconscious spasming of the pelvic floor wall. Patients that come to my office for treatment have said:  “Everything hurts, even the tip of my husband’s finger”, “I made myself bleed last night practicing with the dilator”, “My boyfriend and I have a lot of sex, just not intercourse”, “I passed out from pain getting a pap smear at the gynecologist’s office,” and “I am afraid my boyfriend will break up with me because I can’t have sex.”

As a Licensed Marriage Family Therapist seeing vaginismus through the tiny window of physical pain:  being unable to tolerate penetration is reductive. Still, the pain is very real and it is precisely that tiny window that drives women to seek treatment.  Vaginismus is a complex expression culturally, physically, and traumatically informed.

From a cultural perspective resources for treating vaginismus remain anemic certainly in comparison to resources available for the male counterpart erectile dysfunction.  Sex is still shrouded in male desire and in spite of Cosmo, feminism, and sex talk between girlfriends what women want often takes a second seat in the bedroom.  Although the message of matrilineal fore-women seems too antiquated to mention, good girls don’t lingers in shadow.

I can almost unilaterally say when a woman comes to my office for vaginismus treatment there is a sex negative family history that includes a profound lack of psychoeducation about vaginas. Tampons are usually viewed as vulgar and strange, an impossible task for “normal” girls. One client told me when she got her period at 13, she thought she was dying. Another client told me she knew sex was going to hurt because that is what her friend said and her mother had told her nothing other than say no. Vaginismus does precisely that it says no. It is the ultimate boundary when it comes to vaginal intercourse.

The truth is tampons are a bit weird and it usually takes even the savviest 13 year old user a few tries to get it right.  And sex does hurt if women aren’t aroused or lubricated enough, or if the vaginal tissue is compromised due to hormonal imbalances or other physical conditions. Even “normal” women not in the mood have often pushed themselves past their comfort level to please their partner and although intercourse might not hurt, it’s not pleasurable.

As clinicians we assess trauma from a big “T” little “t” perspective: capital “T” is reference to the catastrophic floods, earthquakes, fires, etc. and lower case “t” is how we denote relational traumas.  As a general rule relational traumas or “”death by a thousand cuts” are harder to treat than catastrophic traumas.  David Berceli, PhD writes in his book, The Revolutionary Trauma Release Process “…the body has a genetically encoded response that is designed to protect us.  It’s a primal response found in all humans, performed spontaneously when we are endangered.” P. 39.  On one level vaginismus is the voice of the body offering unconscious or conscious protection.

Many women who experience vaginismus have experienced sexual or non-sexual boundary violations. They tend to be people pleasers taught to be sweet and kind even in the face of abuse. Whether that abuse is covert incest, sexual abuse, an absent and critical mother or father, the key stone to healing vaginismus is addressing and releasing trauma. Sex is complicated and so too is vaginismus; no two stories are alike, the underlining why is the explorative work of therapy.

There is hope! Vaginismus can be healed. The best approach is the support of a treatment team including: rehabilitation with a physical therapist at a pelvic health clinic, talk therapy, and when indicated working with a psychiatrist to ameliorate depression, anxiety, and muscle tension. EMDR, somatic work, and mindfulness exercises are wonderful therapeutic tools that therapists can employ.  When clients begin to see that there is nothing wrong with them, that the body is doing the work their voice could not or cannot, and begin to make friends with their wounded self, usually the young girl that was violated, and start to listen to instead of struggle with their bodies, life opens in new ways and so does the vagina.

I do recommend that my clients see a doctor in order to rule out any physical connection or cause when it comes to ED. Without question, seeing a physician along with an urologist is an important step in the recovery process. Once in a blue moon the cause of ED can be physically addressed but usually it becomes an endorsement for clients to really dig in and do the necessary psychological work.

The saddest thing about ED is that it is highly treatable and yet some men don’t want to see a therapist, don’t believe in therapy and wait years before seeking help. Men are at a disadvantage sexually because there is so much cultural stigma around being a “sex god”, virility, and hard erections as the defining factors of what it means to be a man. The social norms do not give men a very large window to define masculinity or support the communication skills necessary to talk openly about sexual dysfunction. 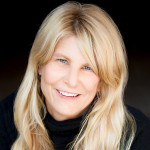